Be dazzled by the 20th edition of the annual Malta International Fireworks festival from the unique vantage point of a catamaran.

The Ministry for Tourism and the Malta Tourism Authority have announced that the 20th edition of the Malta International Fireworks Festival where competitors from around the world compete to win Malta’s annual fireworks award, given to the team which has the most impressive display.

This year’s Malta International Fireworks Festival will be different in more ways than one. The chosen theme for this edition will reflect the way cultural aspects will be incorporated with features that have never been seen before in Malta and Gozo.

To take you on this impressive journey our catamaran will depart from Bugibba to the Grand harbour passing the beautifully lit up bustling towns of St Julians and Sliema along the way. We will enter the natural harbour of Valletta with its enormous 15th-century walls towering high into the sky.

From this unique vantage point, you will witness the international fireworks show from the comfort of the catamaran. Fireworks will be synchronised to live vocals and musical orchestra, which will perform music written for the occasion from a floating stage in Malta’s majestic Grand Harbour, Valletta. 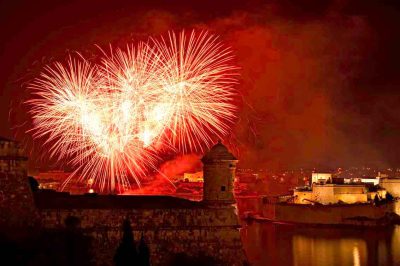 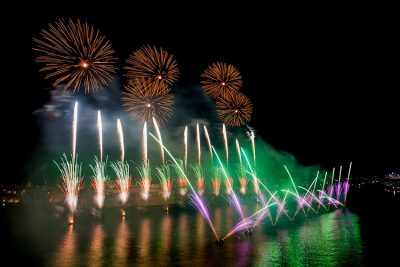 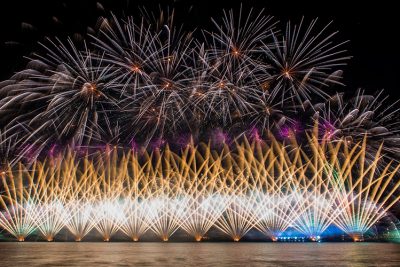 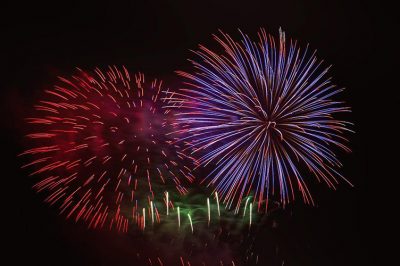 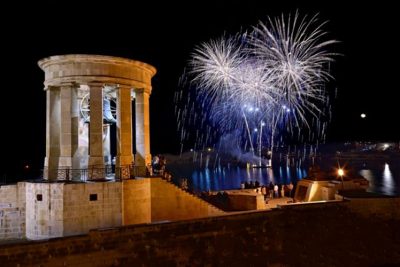 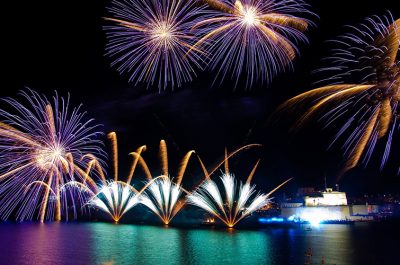 Boarding closes 15 mins prior to departure and seats can be reassigned.

The boat ride from Bugibba Jetty to Valletta Grand Harbour to watch the fireworks from a unique vantage point, and returning back to Bugibba Jetty.

Drinks are not included.  We have a cash bar onboard serving non-alcoholic and alcoholic drinks ranging from lager to cocktails.

Can I bring my own drinks on the boat?

You are not permitted to bring your own drinks onboard.

Will there be food?

Food can be bought from our onboard bar.  We serve fast food such as burgers, fries, wraps, etc.  If you have a special diet you must contact us in advance.

Is their transport to and from the boat?

We do not have transport, you must find your way to our location.  The information in regards to our departure times and location can be found above.

W have a dedicated are for smoking.  However, we request you are mindful of other non-smoking guests onboard.

What should I bring?

We recommend warm clothes.  We are still in April and the evenings can be cool still.

Can I get off the boat?

You will stay onboard the whole time and watch the fireworks from the boat.

Modern, clean and stable. A vessel with no comparison.
BOOK NOW

Find out if we are holding special events are on in the upcoming months.
View Details
Go to Top